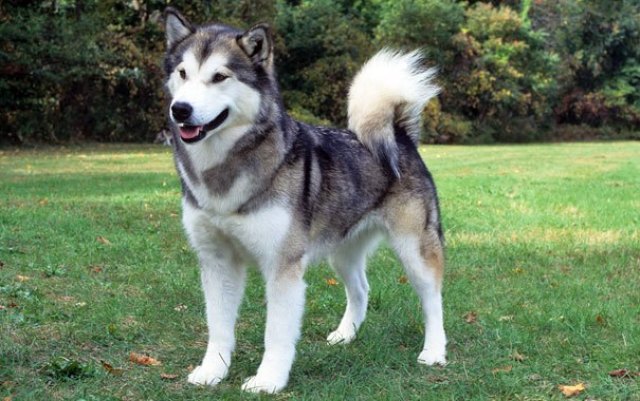 The Alaskan Malamute had a prominent role with their human companions as a utilitarian dog, 1. working, hunting, and living alongside humans.. The dogs were renowned for their excellent 2. hunting abilities and were used 3. to hunt large predators such as bears. They also aided their owners in 4. finding seals by alerting them to seal blowholes. The interdependent relationship between the Mahlemut and their dogs fostered prosperity among both and enabled them to flourish in the inhospitable land above the Arctic Circle.

For a brief period during the Klondike Gold Rush of 1896, the Malamute and other sled dogs became extremely valuable to recently 5. landed prospectors and settlers and were frequently crossbred with 6.imported breeds. This was often an attempt 7. to improve the type or to make up for how few true Malamutes were available to purchase.

Breed recognition came in 1935, largely through the efforts of Mrs. Eva B. Seeley. At that time many dogs were of unknown ancestry. Those who appeared 8. purebred were used for 9. breeding, others were 10. weeded out. After a few years, the registry was closed.
Fuente: Wikipedia