The Count of Monte Cristo (Changing statements into questions) 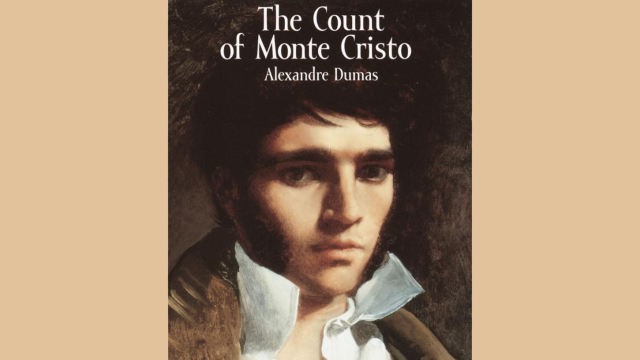 In 1815, Edmond Dantes, a young merchant sailor who has recently been granted the succession of his captain Leclere, returns to Marseille to marry his Catalan fiancée Mercedes. Leclere, a supporter of the exiled Napoleon, found himself dying at sea and charged Dantes to deliver two objects: a package to General Bertrand (exiled with Napoleon on Elba), and a letter from Elba to an unknown man in Paris.

On the eve of Dantes' wedding to Mercedes, Fernand Mondego (Mercedes' cousin and a rival for her affections) is given advice by Dantes' colleague Danglars (who is jealous of Dantes' rapid rise to captain) to send an anonymous note accusing Dantes of being a Bonapartist traitor. Caderousse (Dantes' cowardly and selfish neighbor) is drunk while the two conspirators set the trap for Dantes and stays quiet as Dantes is arrested, then sentenced.

Villefort, the deputy crown prosecutor in Marseille, destroys the letter from Elba when he discovers that it is addressed to his own father, Noirtier (who is a Bonapartist), since if this letter came into official hands, it would destroy his ambitions and reputation as a staunch Royalist. To silence Dantes, he condemns him without trial to life imprisonment.

After six years of imprisonment in the Château d'If, Dantes is on the verge of suicide when he befriends the Abbe Faria ("The Mad Priest"), an Italian fellow prisoner who had dug an escape tunnel that ended up in Dantes' cell. Over the next eight years, Faria gives Dantes an extensive education in language, culture, and science. Knowing himself to be close to death, Faria tells Dantes the location of a treasure on the Italian island of Monte Cristo.

When Faria dies, Dantes takes his place in the burial sack. When the guards throw the sack into the sea, Dantes breaks through and swims to a nearby island. He is rescued by a smuggling ship that stops at Monte Cristo. After recovering the treasure, Dantes returns to Marseille. He later purchases the island of Monte Cristo and the title of Count from the Tuscan government.
Source: Wikipedia