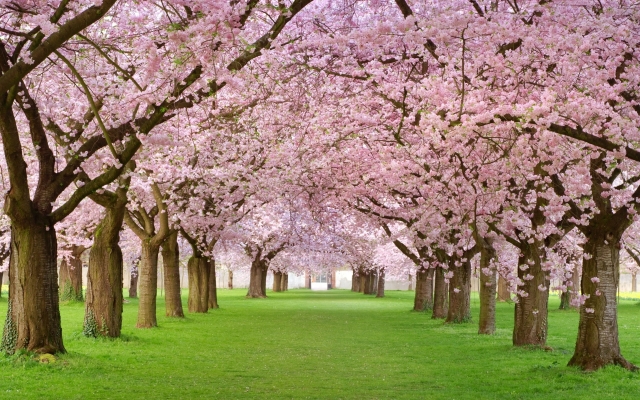 During early spring, the axis of the Earth is increasing its tilt relative to the Sun, and the length of daylight rapidly increases for the relevant hemisphere. The hemisphere begins to warm significantly, causing new plant growth to "spring forth," giving the season its name.
Any snow begins to melt, swelling streams with runoff and any frosts become less severe. In climates that have no snow, and rare frosts, air and ground temperatures increase more rapidly.
Many flowering plants bloom at this time of year, in a long succession, sometimes beginning when snow is still on the ground and continuing into early summer. In normally snowless areas, "spring" may begin as early as February (Northern Hemisphere) or August (Southern Hemisphere), heralded by the blooming of deciduous magnolias, cherries, and quince. Many temperate areas have a dry spring, and wet autumn (fall), which brings about flowering in this season, more consistent with the need for water, as well as warmth. Subarctic areas may not experience "spring" at all until May.

While spring is a result of the warmth caused by the changing orientation of the Earth's axis relative to the Sun, the weather in many parts of the world is affected by other, less predictable events. The rainfall in spring (or any season) follows trends more related to longer cycles—such as the solar cycle—or events created by ocean currents and ocean temperatures—for example, the El Niño effect and the Southern Oscillation Index.
Source: Wikipedia